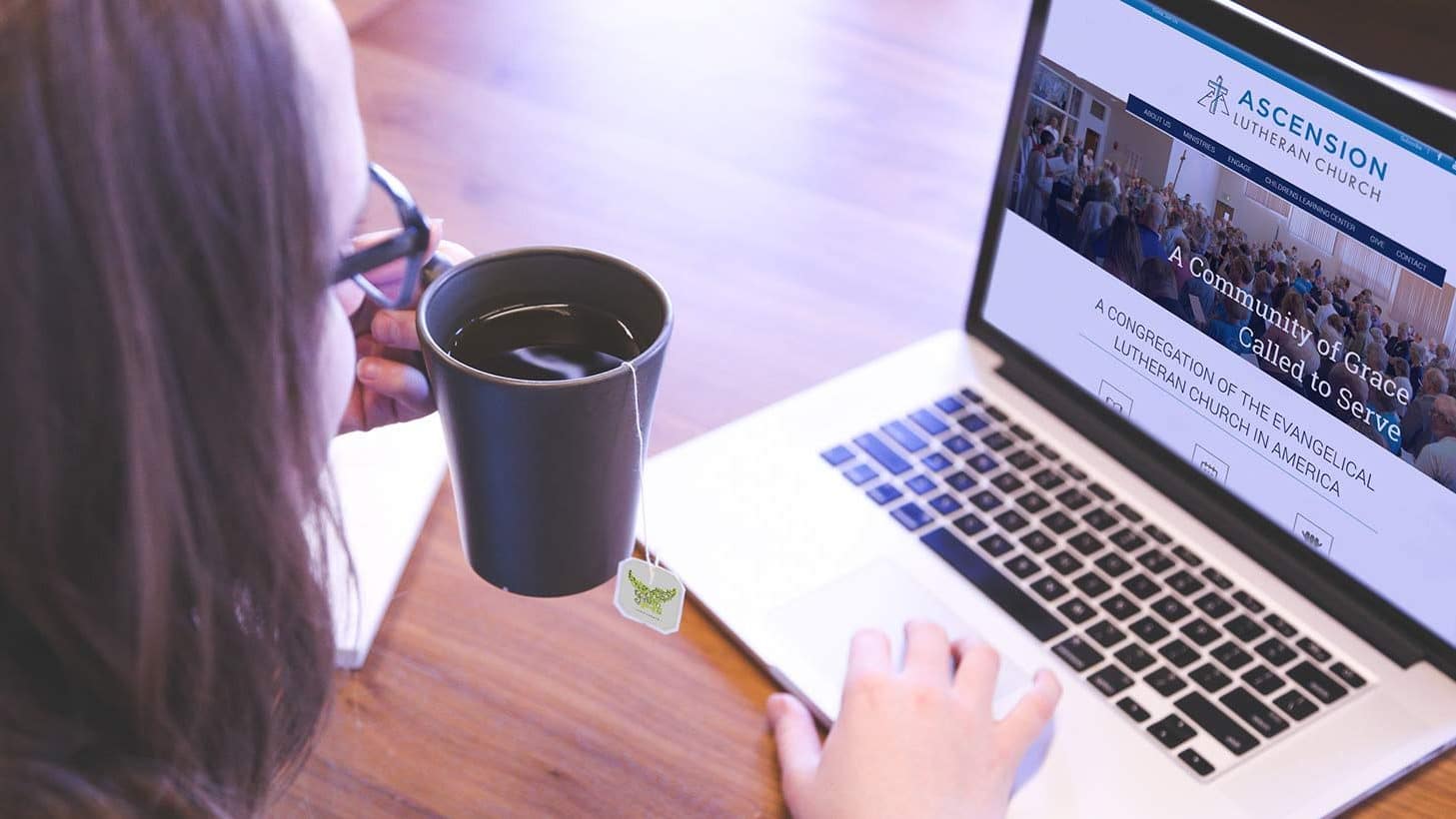 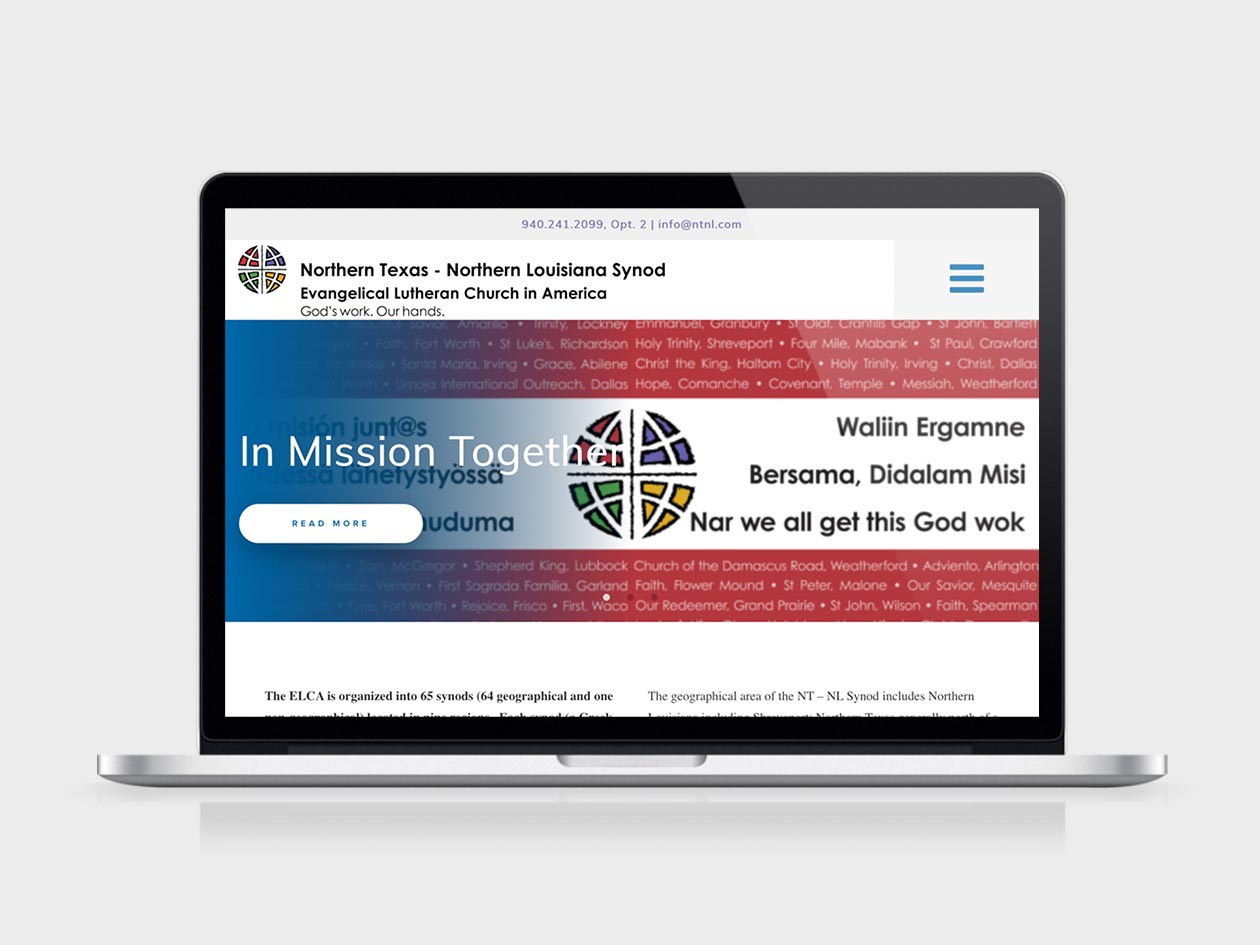 Despite being one of the first synods in the Evangelical Lutheran Church in America to create a website, NT-NL struggled to keep things organized. The website, built in 1999, was piecemealed together. Meanwhile, the synod kept a separate database for the organizations and leaders in its area as well as different resources.

Now, both the website and database had gotten too big to manage them efficiently.

“We just realized that the website was more work than it was worth,” said Jason O’Neil, the synod communications manager. “Any change had to be made in at least two places.”

Fortunately, NT-NL already knew the team they wanted to tackle the job.

In the summer of 2014, the synod wanted to move their site, which was built on Joomla at the time, over to WordPress. Oslie said they ended up picking Christopher Harris and Faith Growth for the job because of NT-NL’s relationship with Harris.

“Christopher is Lutheran and understands the Lutheran church and has been around for a long time,” Oslie said. “He has amazing talents, and we’ve had just a good relationship that he can finish my sentences because he understands what I’m looking for.”

After the migration was completed, Harris and Faith Growth stuck around to help with other tasks on the site, updating WordPress and the plugins and helping to set up forms for registration for different events.

With a new bishop installed in the summer of 2016, talks about doing a complete redo of the website started to become more than words. The synod opened up the new project to bids from other developers but eventually came right back to Harris and Faith Growth.

“I did a lot of research to see if he was competitive, and we wanted to go with him because he knew [the synod],” O’Neil said. “That saved a lot of time and we realized how valuable that was.”

Meanwhile, for Christopher, this was an opportunity to finish what he and the synod started in 2014.

“We had always been talking about something like this,” Harris said. “I’ve been dreaming with the synod staff on this site for many years, so I always wanted to be there when it was time.”

The discovery process primarily focused on the backend database. NT-NL needed a way to merge their current offline database and old website database while making sure that visitors on the front end saw only the information they needed and staff on the backend could see everything.

Meanwhile, there was one goal that had to be met by the new database structure — make the work for the staff easier.

“A lot of their pain was, because that information is very specific to their needs, there isn’t a shelf database program that can do that,” Harris said. “Knowing that WordPress at its core is a database … it became if we did more listening than what we need for the front end and figure out how they manipulate that data and how they need it, we could build it in such a way that they have access to what they need on the backend, and they no longer need their database program they were using.”

Actual work on the new website began in January 2017 with building the database foundation on the backend. Instead of a traditional database with individual tables for things like church, people and resources, Harris and the team went with the WordPress way, creating custom post types for those data items and custom fields to serve as the different columns.

Once the backend was set up, work commenced on the front end. But work on the site wasn’t without its issues. O’Neil said getting the information needed to complete database while working his normal day-to-day job became a difficult challenge.

But the challenges haven’t come without their rewards. The new design breaks the synod away from a generic design and gives NT-NL a new, unique look. The synod is able to easily update information on their custom homepage. An interactive map on the about page helps visitors locate churches within the synod’s boundaries.

Deeper into the site, leaders involved in the synod — from the synod staff to the leaders within its boundaries — have their own page and their information is stored in an easy-to-navigate back end.

Different resources are now easily available for download, removing the need to contact an NT-NL staff person to get the resource. And other items, such as weekly prayers, pastors available to fill in on a Sunday and open calls from churches, require much less work to update.

And the site was built with the mobile-first design approach. Now leaders and members of the synod can easily check out the website on the go.

But potentially the biggest change for the synod’s ministry outreach are the individual pages for the 103 congregations.

“I’m hoping the biggest help will be for churches that don’t have a website,” O’Neil said. “They’re trying to attract younger people, and many don’t have Facebook pages.”

The first public viewing of the new site came at the synod’s annual assembly on April 28-29. O’Neil showed the assembly a live demo of the site to give those in attendance a taste of what was to come.

Finally, in August 2017, the site went live with a slow roll out. The vast majority of the design aspect of the site was complete at the launch, but migrating data from the old database, updating it and moving it into the new website continued for a few more weeks.

Since the launch in August, the new site has received almost entirely positive reviews.

“People are very excited,” Harris said. “They think the design is good and clean and fresh. I’ve heard nothing but positive feedback.”

While other churches might not have the same scope as NT-NL, especially on the database side, Harris said there are a number of lessons that can be taken from the synod’s redesigned website.

First, time needs to be spent determining what needs to be on the website. And second, make resources easy for members and prospective visitors.

“What they can really take away is, here’s how we can take a wonderful custom design and give it good organization,” Harris said.

Because of the short time the new site has been available, its impact on NT-NL has yet to be fully determined. But Harris, O’Neil, and Oslie believe the new site will go from being a hindrance and taking up resources to being like an automated staffer.

“We envision it’s going to help us just by people knowing we have the information available to them 24/7 whenever they reach for it,” Oslie said. “They can find it easily. It’s pretty much like being a staff person on the go.”